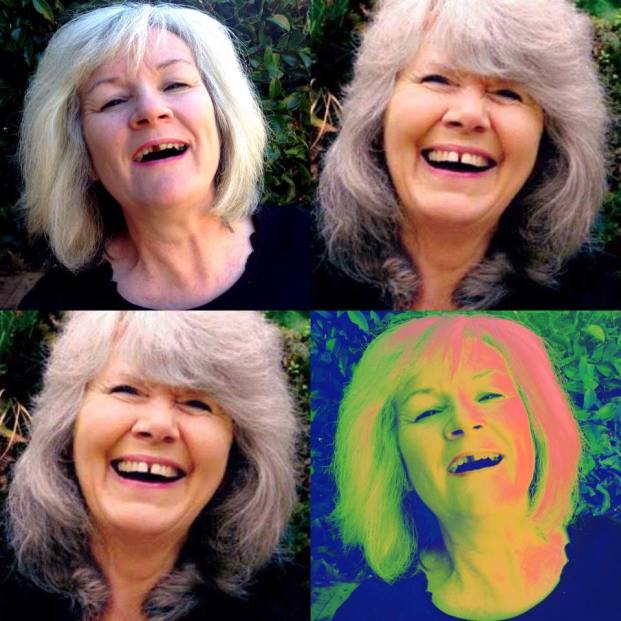 To ready myself for best seller status, I’ve taken inspiration from Jilly Cooper, whose success and property portfolio in the Cotswolds I aspire to. I had that tooth removed specially.

Turns out crowdfunding a book is every bit as much of a ride as one of Jilly’s polo novels! Elation one minute, doldrums the next – here’s a tour of the journey to 43% at six weeks!

Incoming high. On a Tuesday in June, I signed my digital contract and sent it winging back through the airwaves to Unbound. When you’re writing a manuscript or some other speculative piece of self-indulgence, you might occasionally fantasise about this moment . You’re signing a deal with a publisher! Winged horn players will surely appear in the upper corner of your office and play heraldic and triumphant cascades! A golden glow will envelope you! Media entities will be waiting outside your front door for quotes, everything will generally be okay now, and you’ll be able to make those extra payments into your superannuation fund.

Low front warning. It didn’t happen like that. After I’d signed it, I had to go and hang some washing out. And my husband wasn’t feeling too good that day. As he gets older, things get creakier, hair follicles get sparser, and he was next door in the kitchen spending the whole day on his feet slicing and packaging bacon for providores around northern Tasmania with an Achilles tendon that feels as if it’s been strung for a pro-tennis player. So it didn’t seem right to crow too much about my imminent best seller status. (Joking, Kwaku.)

High: it seemed only right that I should be able to tell someone about my Big Moment. So I treated my ten year old son to the news as we drove into Launceston that evening. He sat beside me in the passenger seat imperturbably downloading songs I won’t like into my Spotify account, because nothing is sacred when you’re a parent. He was a captive audience, so I turned to him and said ‘I signed a contract today with an international crowdfunding publisher. That’s good isn’t it?’

Without missing a beat he replied ‘Uh huh,’ and continued to stare unmoved out of the passenger window as if I’d just said ‘I vacuumed your bedroom floor today and found those missing underpants under your bed.’

High: my crowdfunding campaign took off. I became 1% funded with a pledge from one of my oldest friends in Australia who said she ‘wanted to get in first for once’. By 13% I felt as if anything was possible. Then one of my oldest friends Professor Elton of Oxfordshire took out the top level reward, pledging 250 pounds sterling for a personal frontispiece in the book. I had been wondering what I’d do if someone I was indifferent to opted for that reward and I’d have to put together a contrived message of thanks. Now I can mean every word.

Low: there was a bit of reticence from potential backers in Australia, possibly something to do with the postage, possibly not. We did a little rejigging of the rewards, me and the peeps at Unbound.

High: Sydney holidays! Heaps of photos with the opera house, a week of family time and only one fit of the monumental sulks between us! 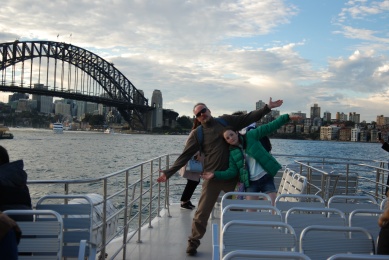 Even keels and all that 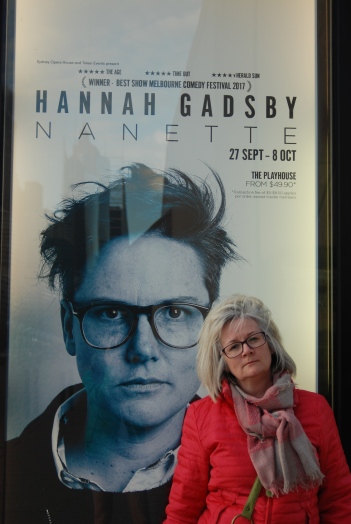 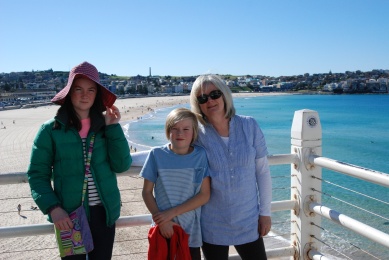 Bondi. God it was nice to be warm.

High: two people from my writers’ group pledged early and generously. The women from my book club tutted about putting their credit card details into the internet but pressed cash upon me so that I could pledge on their behalf. And the annual Parents & Friends Ladies’ Night Out brought in pledges and baffled looks in response to my ‘Tasmania’s first international best seller!’ sign.  Hey, you’ve got to back yourself.

Low: driving home in a befuddled state, I did some manoeuvring with the car in the front garden and reversed into the house. I didn’t notice it was there. One yearns for a husband, at a time like this, who realises that a trauma has taken place, and who ameliorates the shock and distress by remaining calm and taking a comforting, if pragmatic approach. My husband didn’t do that. Instead he looked aghast at me, the car and the pillar, and said ‘What the f**k did you do that for?’ Fair play to him, he had been sitting quietly in front of the television set a few yards away, doing some gentle stretching to convince his Achilles tendon that it’s still 25 years old, when he heard an almighty bang and assumed that I was reversing in through the patio windows to run him over.

High: he fixed the pillar, it was non-structural.

Low: I had a moan to Kwaku, my man at Unbound – my campaign was stalled, the postage to Australia was prohibitive, I had almost destroyed the house, and the dishwasher was broken, blah blah blah.

High: Kwaku gave me a very kind pep talk and reminded me that my campaign achieved 30% funding within the first 30 days, benchmark achieved. I relaxed, took some more rescue remedy, opened a bottle of Sauvignon Blanc, and everything felt better.

And so here we are, 43% funded at six weeks! I’ve joined the Unbound Facebook Group for insiders’ tips and have had a brainwave about business sponsorship. Let’s hope it’s upwards all the way from here, and that the other structures of the house are safe. I’m parking under the pergola now.

Thank you to everyone who has pledged! It’s an exhilarating and humbling experience.

Pre-order your copy of the book by visiting my campaign page at unbound – you’re helping to make sure it gets published and you’ll have a rip roaring read at the end of it!